An Entrepreneur that delves into investing in this concept, would be able create 3 sources of income and be able coin the phrase “MADE IN AMER-WEED-CA” .  1st AMERWEEDCA will allow the investor to conduct an (Olympics like) annual event/trade show;  inviting any and all U.S. marijuana based companies to a festival in each state, totaling 50 events a year.  Each state will be able to showcase their brand.  This would generate income from sponsors, vendors and ticket holders to the festivals. At the end of the year, a company and state will be named “MADE IN AMER-WEED-CA, COMPANY OF THE YEAR”.

A 2nd source of revenue  for AMERWEEDCA would be placing AMERWEEDCA on cigarette packs, edibles, lotion, apparel etc…. Branding the name AMERWEEDCA could put this concept on the same level as ANHEUSAR-BUSH, ALTRIA GROUP, PHILLIP MORRIS, FUBU, NIKE, FABLETICS or UNDER ARMOUR just to name a few.  A clothing line will be the first priority in establishing the brand. Marijuana smokers used to be shameful, but with new legislation and decriminalization around the corner, self-esteem about using is a thing of the past.  Marijuana users are now more vocal and less shy about wearing apparel that showcases their love for weed.

The 3rd source of revenue for AMERWEEDCA would be to capture the The Hip-Hop community.  Landing an influencer like Snoop-Dog, 2 Chainz, Travis Scott or even country singer Willie Nelson would be enormous.  Revenue from records sold, MP3 downloads, Pandora etc…  Historically in the fashion world, if you can capture the Hip-Hop industry, a strong fan base will follow and once a strong fan base is established, the rest is $$$$$$$$$$.

At some point the marijuana industry will be inundated with dispensaries, facilities, grow houses and black market dealers, but one thing that will separate one from the rest is a great brand name.  Experts believe Intellectual property will play an increasingly important role in cannabis industry acquisitions and other deals as businesses look to get a leg up on rivals by purchasing or investing in companies holding valuable patents, trade secrets, copyrights and trademarks.

The importance of IP/trademark was highlighted in two recent deals marijuana based companies: Ireland-based Jazz Pharmaceuticals announced in February it was buying GW Pharmaceuticals, one of the largest medical cannabis businesses in the world, in a $7.2 billion deal.  A subsidiary of cigarette maker British American Tobacco (BAT) announced this month it was taking a nearly 20% stake in Canadian cannabis producer Organigram in a deal valued at 220 million Canadian dollars ($175 million).

BAT and Organigram plan to develop the core intellectual property to be used in the creation of cannabinoid-based products and delivery systems.  AMERWEEDCA is looking to partner with an existing dispensary and use the name AMERWEEDCA on it packaging. 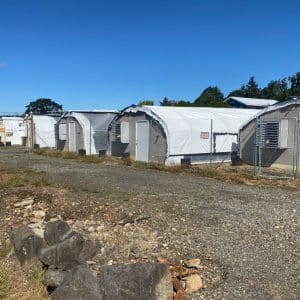