One of Salem’s Oldest and Most Well Established Dispensaries. Here is that offer. We were the 4th dispensary to open under “donations and reimbursements” in 2013. We are a comprehensive patient and cannabis consumer company. There are both a long established patient clientele as well as dedicated recreational customers that make our business there home for cannabis shopping, consultation and OMMP Patient Registration.

Nature Quest LLC would like to share with potential buyers or investors the projects consisting of upgrades, remodels, renovations, and expansions that have taken place. Also, to display the current projects and give insight into future ones that would benefit NQLLC’s ability to continue to maintain its place as an Oregon marijuana industry leader.

We have seen many changes on our corner of the world. NQLLC started out as a simple Oregon Medical Marijuana Program (OMMP) registration card clinic in January of 2013. At that time, we were located at a different address. Soon, in October 2013, we had located the 1295 Oxford Street building and added a medical dispensary to our business venture. Later, in April of 2014, we bought the building next door at 1275 Oxford Street and made it our clinic and administration area. Currently, we own both 1295 and 1275 and deliver goods and services out of both.

On April 20, 2018, NQLLC did transition our medical clinic into the CBD Express within the 1275 building. This allowed NQLLC to consolidate our medical endeavor and CBD sales into that one building at 1275 allowing for 1295 to be strictly OLCC Adult Recreational Marijuana Sales. We are the only player in Salem, Oregon that has two separate addresses side by side and we will be virtually the only Medical clinic in the city! Meanwhile, the 1295 building continues to capitalize on Recreational sales.

The 1275 building is being used for CBD sales now. Camera, security, and safes as well the remainder of modifications and equipment necessary to meet OHA Medical Dispensary operations criteria were installed at a cost of around $40,000.00.

Ø  New laminate hardwood flooring throughout the 1295 and 1275 buildings,

Ø  New gas furnace and ducting in the 1295 building,

Ø  Both buildings have complete coverages of security barring on the windows,

Ø  All IT and Data lines and phone services are state of the art,

Ø  State of the Art POS with Green Bits,

Ø  Custom made and hidden safes and walk in cooler,

Ø  There is not enough room to list the office equipment and furniture.

The front porch area of the 1295 building was upgraded. We decided to enclose the historical front porch entry and create a sunporch. It came out spectacular. Here is how the porch looked prior to our remodel.

This is part way through the project. We rebuilt all of the railing and columns and added large windows, a ceiling fan and a beautiful iron storm/security door.

The finished project blends in with the existing building and is not only aesthetic but is also functional. It provides a beautiful sunporch area to extend our waiting area.

Early in 2016 NQLLC completed the upgrading the entrance of 1275 property (1275) as well as the exit door of the 1295 property (1295). Here is the before picture taken in October 2013. The 116-year-old 1275 building has taken the weather at its entrance. Our reception area is there. In order to provide for staff and visitor’s comfort a new covered entry was added along with a replacement door. The original door and threshold has been weathered and allowed for wind, rain, and cold to enter. The threshold and door would stick and caused building access to be difficult.

12/29/15: We decided to add a covered front porch to the 1275 building but wanted it to match our building. So, our contractor began the process to design and build this for us. It was important that the roof of the porch matched the peaks and design of 1275.

12/30/15: The next day we had the expansion roughed out and began adding the walls.

The doors on both buildings are a rare size at 43” wide. So, we wanted to keep as much of the original feel as we could. So, we are removed the 1295 exit door and used it to replace the front door on 1275. 1295 got a new metal security door and fully ADA Code Compliant Commercial Automatic Door Opener. This will continue to add security and accessibility to our retail building.

In order to add lighting to our ramp and provide additional security and safety we added a LED lamp post. It added a nice warming to the front and looks very classy.

Also, we added laser light projectors which light up the two magnificent oaks that are on the property with 100,000 points of light.

Prior to the ongoing front entry projects, we built a covered back porch and fence at 1275 in November of 2015.

One of the important and dedicated projects involved making the 1295 building ready for the advent of Recreational Sales after October 1, 2015. Prior to that, our Vendor Intake and Manager’s Area was on the main floor of 1295. Below is a picture of that area.

We had to create a space to continue to manage both the day-to-day operations as well as the large number of vendors needed to support our sales. We opted to build a room in the basement of 1295 using the back side of the building that had a separate entry via stairs and provided behind the building parking that gives vendors a discretionary place to park. Below is the side of the basement that would soon become our Managers/Intake Room.

Area in basement that needed renovated for project.

We were not rushed on this project because NQLLC had decided to forgo the start of Recreational Sales because I did not want to participate in the stampedes and I had made commitments to my Medical Patients and their Caregivers to maintain the integrity and safety of our Dispensary. I assured them that we were never a Recreational Sales disguised as a Dispensary as was most of the other shops around Oregon.

On September 30, 2015, we began the project with building the new Manager/Intake Room in the basement.

By the end of the day the inner door and walls ready for finish and paint.

The outside entry door was a special size, so it was reskinned and reinforced for security.

Next day, the door going to the outside stairs was reskinned, reinforced and painted.

A work table was added across the back wall for weights and intake needs. The office was ready for occupying on 10/07/2015

The original Manager/Intake Office was quickly converted to Recreation Station Salem, adult use sales. We set up a separate DBA, POS profile, as well as marketing and accounting

Our Recreational “Adult Use” sales area.

By far the most extensive project was the kitchen area. Since opening, the kitchen area was unattractive dead space. In June of 2015, decision was made to remodel the area and adapt it to the business’ needs. We wanted to have a dedicated nursery area for our cloned potted plants. Also, we wanted a space for new coolers/refrigeration and our edibles and certain extracts.

When NQLLC bought the 1275 building, the kitchen area consisted of ugly cabinets retrofitted for the 115 years. There were soffits, ugly flooring and a single door from the main area.

Demolition was started and all soffits, cabinets and plumbing were removed. The ugly old linoleum floors were stripped back to the hardwood.

This wall was torn out to make room for the new double entry.

New fresh air intake, fan and ducting for the nursery.

This is a custom ducting and vent system attached to the inline fan and fresh air for the nursery.

Door from main dispensary area into kitchen area prior to demolition and widening.

This is the plant nursery/display area almost finished. The single entry was widened and faux bronze registers were ordered and installed into the wall for fresh air for the cloned potted plants.

Nursery area finished. We added a small storage drawer under the plant stand.

This is the hot air exhaust system for moving air out of the room and also to help with the heat from the coolers.

This is the intake above the coolers for the exhaust.

Notice the faux cover that blends the room.

All new lighted, locking and rolling glass displays were added to our Dispensary.

New glass displays were added to our Dispensary.

In the year or so prior, there were many improvements as NQLLC strived to meet registration criteria, upgraded, and expanded:

Ø  Landscaping has been upgraded and improved

This was our humble beginning in October 2013.

Thank you for taking the time to look at NQLLC and our DBAs; 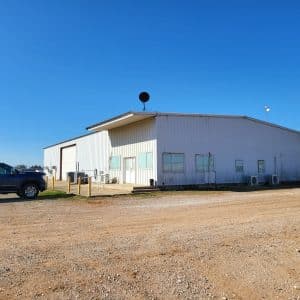 GET BANK ACCOUNT
420 PROPERTY SEARCH
RECENT LISTINGS
FEATURED LISTINGS
Popular Searches & Resources
Browse Listings By State
You May Also Like
ACTIVE
$799,000
Formerly a Family Dollar store available 1/1/2022. Located in upstate NY on the NY-PA border.  Large retail building with multiple uses.  Town of Hancock and Village of Hancock opted in recently approved use for various cannabis uses.  Great signage and highway visibilty from Route 17.   Perfect location for a Cannabis dispensary, processing, cultivation etc…  Can easily be
Retail For Sale
ACTIVE
Inquire for Price
Parcel ID: 09-160-020-265-009-00 Acreage: 0.12 Square Footage: 2500 Zoning: C-3 Ceiling Height: 10 Potential Use: Provisioning, Testing, Transport
Retail For Sale
ACTIVE
$599,000
Demo’ed out Building in Bay City with the potential use of Provisioning and Adult-Use Retail.​ The seller will finish construction for the buyer for $50-60K ​Great location by the river ​Half of the counters are paid for Parcel ID: 160-029-390-011-00 Acreage: 0.19 Square Footage: 1421  Power: amps  Year Built: 1960 Terms: Cash or Seller Financing
Retail For Sale
ACTIVE
Inquire for Price
This is one of the prime location in Westland. This large parcel can accommodate, dispensary, Grow and processing in all in one parcel. This is one of the most sought after property in Westland.
Retail For Sale
ACTIVE
$7,950,000
Westland Provisioning Center  PROPERTY OVERVIEW: AMAZING opportunity to purchase this municipally approved land for a provisioning center for both Medical and Recreational Marijuana is located in one of the most sought out areas in Tri-County Michigan. This location offers great visibility, daily traffic counts of 25,426, total of 33 Parking sports, and neighbors Dearborn Heights,
Retail For Sale
FEATURED
ACTIVE
$3,300,000
Downtown LA gem available for Restaurant, fast food,  Brewery,  Bars, spa, night club, medical offices, or Retail store and Legal Cannabis use. LM2 Zone. Two separate units 1st unit is  2000 sq. ft. 2nd unit is 4000 sq. ft.  Property will be delivered vacant at close of escrow.
Retail For Sale